She'll always be there trying to grab a hold
She thought she knew me, but she didn't know
That I was sad and wanted her to go 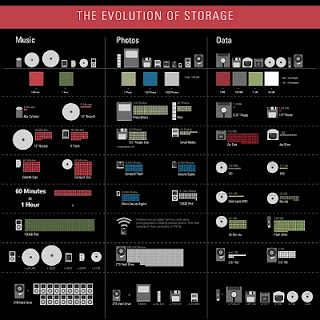 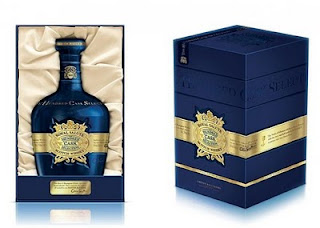 This whisky has been aged in three different styles of the finest sherry wood – Matusalem, Apostoles & Amoroso Oloroso – this helps to create its rich body, and creates a Highland malt of great distinction.

An elegant smooth whisky, with a concentrated citric mouth combined with dried spices, cloves and cinnamon. 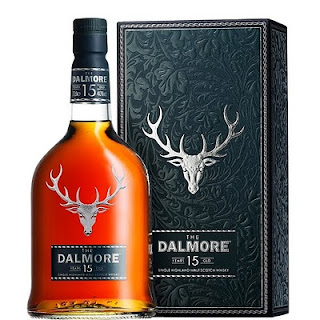 The Master Blender at Royal Salut hand-selects 100 casks that have reached perfect maturation for blending together. It takes expert blending to marry whiskies of varying casks and varying ages ranging from 22 to over 40 years. Three types of cask were used in the production of the 100 Cask selection, required to acheive it’s signature richness and complexity. 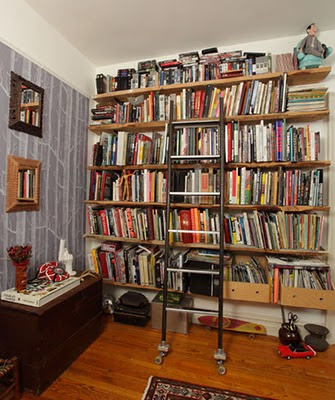 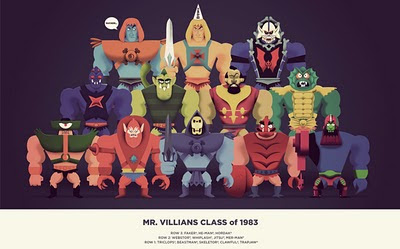 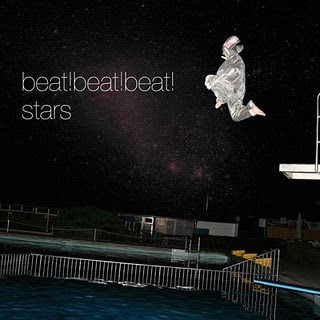 
Bussiness as unusual
Forget the recession: the societal changes that will dominate 2010 were set in motion way before we temporarily stared into the abyss.
This year, prepare for ‘business as unusual’. For the first time, there’s a global understanding, if not a feeling of urgency that sustainability, in every possible meaning of the word, is the only way forward. How that should or shouldn’t impact consumer societies is of course still part of a raging debate, but at least there is a debate.

Meanwhile, in mature consumer societies, companies will have to do more than just embrace the notion of being a good corporate citizen. To truly prosper, they will have to ‘move with the culture’. This may mean displaying greater transparency and honesty, or having conversations as opposed to one-way advertising, or championing collaboration instead of an us-them mentality. Or, it could be intrinsically about generosity versus greed, or being a bit edgy and daring as opposed to safe and bland.

As always, the future is unevenly distributed: one only needs to look at the Googles and the Amazons and the Zappos and the Virgins of this world to get a feel for 'business as unusual'. So not surprisingly, the trends in this briefing all touch on doing things differently, driven by changing consumer preferences and desires. Time to study and learn from those brands that you think are already mirroring today's more diverse, chaotic, networked society, and then outdo them.


Urbany
Urban culture is the culture. Extreme urbanization, in 2010, 2011, 2012 and far beyond will lead to more sophisticated and demanding consumers around the world.
A defining trend for 2010, 2011, 2012, and so on: urbanization on steroids. We'll let the numbers speak for themselves:

* "Less than 5 per cent of the world’s population lived in cities a century ago. In 2008, for the first time in humanity, that figure exceeded 50 per cent. In the last two decades alone, the urban population of the developing world has grown by an average of 3 million people per week.”
* “By 2050, it will have reached 70 per cent, representing 6.4 billion people. Most of this growth will be taking place in developing regions; Asia will host 63 percent of the global urban population, or 3.3 billion people in 2050.” (Source: the Global Report on Human Settlements 2009, October 2009.)

Where will this lead us? We’ve dubbed this extreme push towards urbanization ‘URBANY', representing a global consumer arena inhabited by billions of experienced and newly-minted urbanites. The significance?

And thanks to near-total online transparency of the latest and greatest, those consumers opting to remain in rural areas will be tempted to act (and shop) online like urban consumers, too.


Real-time reviews
Whatever it is you're selling or launching this year, it will be reviewed 'en masse', live, 24/7.
We recently highlighted NOWISM*, and while that mega-trend in its entirety should be on your radar for the next 12 months, let’s dive into one sub-trend that will be truly disruptive: the rise of REAL-TIME REVIEWS.

In short, with even more people sharing, in real time, everything they do**, buy, listen to, watch, attend, wear and so on, and with even more search engines and tracking services making it easy to find and group these ‘live dispatches’ by theme, topic or brand, this year will see ready-to-buy consumers tapping into a live stream of (first-hand) experiences from fellow consumers.

* Consumers’ ingrained lust for instant gratification is being satisfied by a host of novel, important (offline and online) real-time products, services and experiences. Consumers are also feverishly contributing to the real-time content avalanche that’s building as we speak.

** As more people are reviewing and contributing, the sheer mass of opinions will lead to a real-time stream of information, findable and viewable to all. In addition, online access and device convergence will allow more on-the-spot reviews. Twitter is the much-deserved poster child for real-time reviews: it has established itself as the real-time snapshot of what people are thinking/feeling/experiencing and yes, reviewing, around the world.

Next: Just because they can (Twitter's Direct Messages come to mind), consumers who will need more specifics after reading a review, will want to get in direct touch with the reviewer. And because of the self-selecting nature of Twitter, Facebook, LinkedIn, these direct conversations will actually be welcomed by the reviewer, too. By posting reviews for his peers, he or she is almost angling for a follow-up. This will lead to real conversations between like-minded customers and potential buyers, without the brand even being able to monitor what's being said about its products, let alone being able to respond.


(F)luxury
This year, luxury, and what it means to a bewildering number of ‘consumer segments’, will remain in flux.

So how will luxury brands fare over the next 12 months? What will define luxury over the next few years? The answer is ‘luxury will be whatever you want it to be'. After all, what constitutes luxury is closely related to what constitutes scarcity. And, beyond the basic needs, scarcity is in the eye of the beholder, especially those beholders who are desperately trying to be unique. Now that there are so many more ways to be unique than just buy the biggest and the most expensive, how about luxury constituting:

Anything commissioned? Providing 'access'? Secrets? Stories? Time with one's loved ones? Time for oneself? All things local? Peace and quiet, if not escape? Eco-friendly? Human-friendly? Animal-friendly? Caring? Empathy? Perks? Craft? Friends? Having a larger-than-life perspective? Households of six or more? An audience? Eccentricity? Appointment-only? Relevant information? Extreme personalization? Not having or wanting to consume? Being opinionated? Anything premium? Fuck-you money? Curation if not the absence of any kind of choice? Philanthropy? Bespoke goods and services? Knowledge? Skills? Frugality? Health? Etiquette & manners? Or a mix of any of these?

So don't worry about missing out on the next big thing in luxury, focus on defining it. How? By finding and coining the right (status) trigger for the right audience. Just declare that the end is nigh for anything that’s getting a little too affordable, too accessible, too polluting, or just too well-known. Then introduce something very different (if not the opposite), appealing to the in-crowds who are ready to jump ship anyway.

Mass Mingling
Online lifestyles are fueling and encouraging 'real world' meet-ups like there's no tomorrow, shattering all cliches and predictions about a desk-bound, virtual, isolated future.

More people than ever will be living large parts of their lives online in 2010. Yet, those same people will also mingle, meet up, and congregate more often with other ‘warm bodies’ in the offline world.
In fact, social media and mobile communications are fueling a MASS MINGLING that defies virtually every cliché about diminished human interaction in our ‘online era’.

So, forget (for now) a future in which the majority of consumers lose themselves in virtual worlds. Ironically the same technology that was once seen to be—and condemned for—turning entire generations into homebound gaming zombies and avatars, is now deployed to get people out of their homes.

Basically, the more people can get their hands on the right info, at home and on the go; the more they date and network and twitter and socialize online, the more likely they are to eventually meet up with friends and followers in the real world. Why? Because people actually enjoy interacting with other warm bodies, and will do so forever.


Eco-Easy
To really reach some meaningful sustainability goals this year, corporations and governments will have to forcefully make it 'easy' for consumers to be more green, by restricting the alternatives.

The numerous green opportunities we highlighted in our ECO-BOUNTY briefing are still up for grabs. From ECO-STURDY to ECO-ICONIC to ECO-TRANSIENT. So what else is building in the Green Arena? How about ECO-EASY:

While the current good intentions of corporations and consumers are helpful, serious eco-results will depend on making products and processes more sustainable without consumers even noticing it, and, if necessary, not leaving much room for consumers and companies to opt for less sustainable alternatives to begin with.

Which will often mean forceful, if not painful, government intervention, or some serious corporate guts, or brilliantly smart design and thinking, if not all of those combined.
Think anything from thoroughly green buildings, to a complete ban on plastic bags and bottles, to super-strict bluefin tuna quota — anything that by default leaves no choice, no room for complacency, and thus makes it 'easy' for consumers (and corporations) to do the right and necessary thing.

If INFOLUST (consumers lusting after relevant information) is the enduring mega trend, then TRACKING and ALERTING are its du jour sub-trends.

First of all, TRACKING & ALERTING is the new searching, as it saves consumers time, makes it impossible to forget or miss out, and thus ultimately gives them yet another level of control. Count on everything being tracked and alerted on (there's more than FedEx packages!): from friends (MASS MINGLING!) to enemies to fuel prices to flights to authors to pizzas to any mentions of oneself.

Oh, and ALERTING, when done well, is of course the ultimate in INFOLUST: relevant information finding consumers, based on (voluntarily revealed) preferences.

The real opportunity this year? TRACKING and ALERTING is something that consumers actually need and want, that delights them, that they crave. They are quite literally asking for relevant information, even giving you permission to provide them with more.

Embedded Generosity
This year, generosity as a trend will adapt to the zeitgeist, leading to more pragmatic and collaborative donation services for consumers.

GENERATION G(ENEROSITY). It was big in 2009, and it will be even bigger this year. In particular all things EMBEDDED GENEROSITY. It incorporates all giving initiatives that make giving and donating painless, if not automatic (after all, pragmatism is the new religion ;-).
On top of that, with collaboration being such an integral part of the zeitgeist, expect lots of innovative corporate giving schemes that involve customers by letting them co-donate and/or co-decide.

Profile Myning
What insights can we possibly add to the avalanche of intelligence available on where social media is going? Here’s one modest attempt: the importance of owning and making the most (financially) of personal profiles.

And no, we’re not referring to companies / advertisers making money from personal profiles (jeez....), even though they’re dying to ‘mine’ personal data to serve up 'relevant' ads; we're putting our money on data and profile mining by its rightful owners, i.e. consumers. Hence the MYNING, not MINING.

Maturialism
Let’s face it: this year will be rawer, more opinionated, more risqué, more in your face than ever before. Your audiences (who are by now thoroughly exposed to, well, anything, for which you can thank first and foremost the anything-goes online universe) can handle much more quirkiness, more daring innovations, more risqué communications and conversations, more exotic flavors and so on than traditional marketers could have ever dreamed of. In short; audiences in mature consumer societies no longer tolerate being treated like yesteryear’s uninformed, easily shocked, inexperienced, middle-of-the-road consumer.

We've dubbed this MATURIALISM (mature materialism), and, to go full circle, it is closely linked to BUSINESS AS UNUSUAL, to URBANY, to PROFILE MYNING, if not all trends in this Trend Briefing.
Postado por Taylor às 10:32 AM Nenhum comentário: 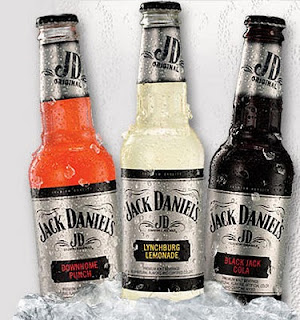 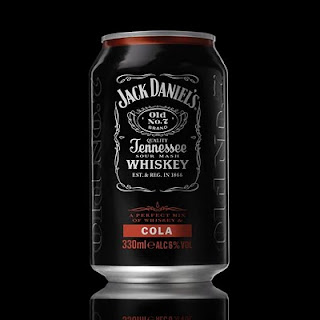